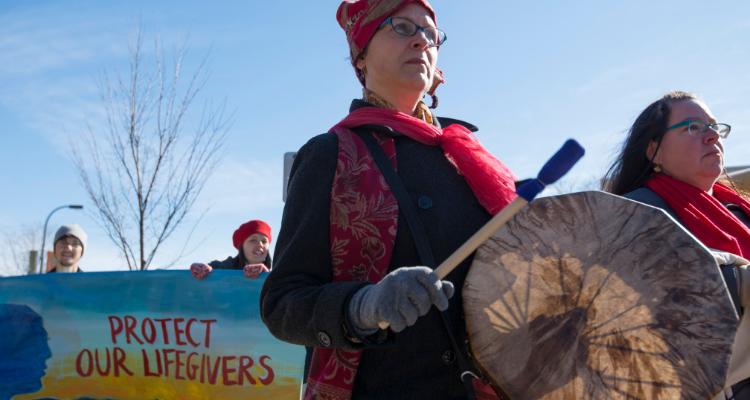 PIERRE, SD. (AP) — A South Dakota bill that would direct state authorities to prepare guidelines for the reporting and investigation of missing and murdered indigenous women is headed to the Senate floor.

The Senate Judiciary Committee voted unanimously Tuesday to endorse the bill. It would also mandate that the Division of Criminal Investigation establish training programs for law enforcement on conducting investigations into missing and slain Native American women.

Republican Rep. Tamara St. John, a member of the Sisseton Wahpeton Oyate, said the goal of the measure she’s co-sponsoring is to put a large spotlight on the issue. She said the data is important so that “we really know what we’re dealing with nationally.”

“It’s been something that’s been talked about for a really long time,” St. John said after the hearing. “You can just imagine what it feels like to not know what happened to your loved one.”

GOP Sen. Lynne DiSanto, the measure’s Senate sponsor, said it’s meant to work toward getting consistent and accurate data in a complicated system of jurisdictions. South Dakota is an area of focus because of factors that include the Interstate 90 corridor, so-called man camps around pipeline construction and the proximity of multiple Native American reservations, she said.

St. John said the measure is also a response to the stalling out last year of a federal bill intended to help solve crimes against Native Americans. The measure, Savanna’s Act, received unanimous Senate approval after being introduced by former North Dakota Sen. Heidi Heitkamp but was blocked by the outgoing chairman of the U.S. House Judiciary Committee.