Security Forces at Ellsworth Take on Challenges at the Base 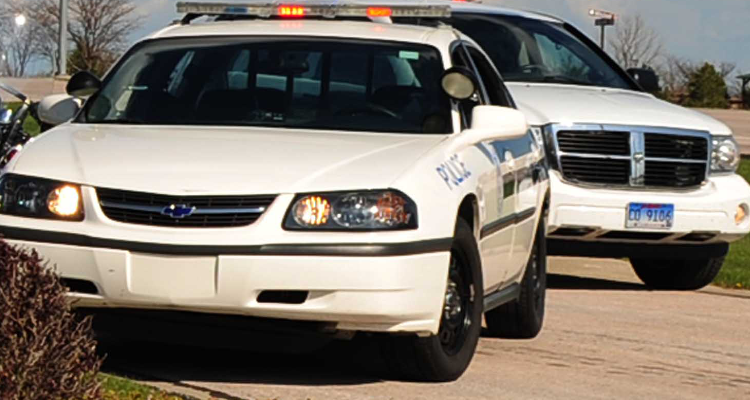 Security Forces at Ellsworth Take on Challenges at the Base

RAPID CITY, SD. | By ARIELLE ZIONTS, Rapid City Journal (AP) — Service members are trained to follow strict rules and act with honor. But like civilians, they too can make mistakes.

“You’re going to have people that do unfortunately break the law,” federal officer Robert Rybak told the Rapid City Journal as he recently drove his patrol car around Ellsworth Air Force Base.

When crimes happen at Ellsworth, people are cited or arrested by officers like Rybak who are specifically assigned to the base. About 160 military police (MPs) and civilian federal officers — jointly called security forces — have jurisdiction not just over airmen, but all of the approximately 7,500 people who live and work at Ellsworth and any visitors.

MPs can serve on U.S. bases or overseas ones while federal officers can only work in the U.S., said Rybak, a 47-year-old Rapid City resident. Having both kinds of police ensures “there’s never a gap or a lapse, if you will, in the protection of Ellsworth Air Force Base.”

Security forces on the base do “the same exact thing” a police officer in Rapid City might do, such as conducting traffic stops, dealing with loud noise complaints, and responding to crimes such as shoplifting and domestic violence, Rybak said. “There’s no boundaries here, we get subjected to the same kinds of things that off-base does.”

Some crimes are unique to military bases, such as unauthorized people entering, damaging or taking items from secure areas, Rybak said. People also sometimes steal military-related items such as an airplane part. If someone steals a computer in Rapid City, Rybak said, it’s treated as a theft, but on base, it’s also treated as a security threat since it could contain classified information.

Security forces also have access to different technology than other police officers. When officers or deputies in Rapid city chase after a suspect, they have to rely on cornering the suspect, hitting them or laying down spikes in the direction the car is traveling in. On base, people fleeing in cars are confined by fences and can be stopped by guards deploying yellow metal barriers at the entrances.

A major difference between policing on and off base is that federal rather than state law is the primary law on base, Rybak said. Civilians arrested on base are tried at the federal court while airmen go through the military court on base. The airmen are provided a defense lawyer by the base or can hire a private attorney. They can be detained at the base’s jail before trial and serve their sentence there if it’s less than a year. Those with longer punishments are sent to a federal prison. Airmen convicted of crimes are usually not allowed to return to work.

The security forces headquarters at Ellsworth looks much like any other public safety complex with a dispatch center, offices, technology for fingerprinting and conducting background checks, interview rooms, lockers, arms and ammunition storage and the jail.

Three men — one in pre-trial detention and others serving sentences for drug possession and stealing military property — sat in the small jail watching TV. The jail, which Rybak said is never at its maximum capacity of eight people, also has cards and workout equipment for the inmates.

A unique part of the headquarters is its supply room, which has gear for officers and MPs serving on base, but also special protective equipment for MPs deploying overseas. Some MPs from Ellsworth are currently serving six-month deployments in the Middle East, said Jordan Giliam, an airman who oversees equipment and vehicles.

To become an MP, service members complete basic training and attend security forces school for eight weeks, Rybak said. There, they learn how to police on U.S. bases but also how to prepare for policing in overseas combat zones. Civilian officers must pass a background check and physical test before attending a federal police academy, also for eight weeks. Once security forces are assigned to a base, they receive local training and undergo yearly drills and evaluations.

Most of the training is similar to off-base police training, Rybak said, but security forces also study scenarios that are more likely to occur on a military base, such as car bombs like the one that targeted Travis Air Force Base in California last year.

Rybak has experience as a federal officer, MP and off-base officer. After joining the Air Force in 1989, he served three years as an MP canine handler at Ellsworth before serving 10 more years in other states and South Korea. After leaving the military, he was an officer with the Las Vegas Police Department and then a trooper with South Dakota Highway Patrol. He became a federal officer two years ago after retiring from Highway Patrol.

“The biggest thrill is that in a way, I’m kind of back in the Air Force serving my country,” Rybak said. “I mean to me that’s kind of cool. I may not be active duty, but I’m basically back on Ellsworth assisting my previous brothers.”