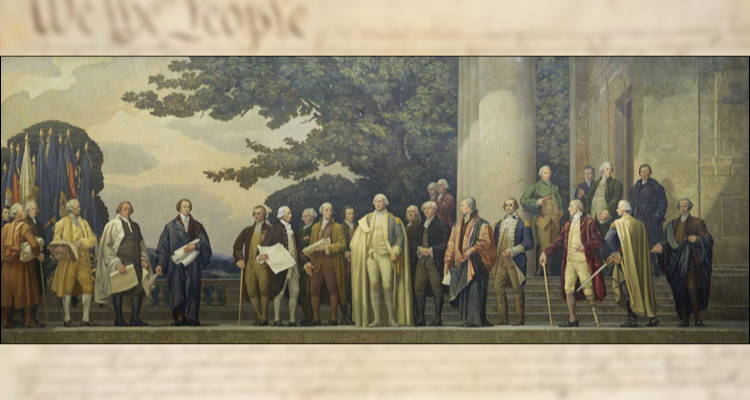 September 17th is designated as Constitution Day and Citizenship Day, to commemorate the signing of the U.S. Constitution in Philadelphia on September 17, 1787, and to recognize all who, by coming of age or by naturalization, have become citizens of the United States.

In celebration, here are some facts about the Constitution that you might not know.

1. The U.S. Constitution is the oldest and shortest written Constitution of any major government in the world. It contains only 4,400 words.

2. The U.S. Constitution was written and signed at the Philadelphia Convention.

4. 2 of our Founding Fathers, Thomas Jefferson and John Adams, were unable to attend the Constitutional Convention and did not sign the actual document.

5. Benjamin Franklin, known as the “first American,” was the oldest American to sign the Constitution at the age of 81. It has been said that he needed help signing and as he did there were tears running down his face.

6. The word “democracy” is not in the Constitution at all. Not even once. That is because the United States is actually a republic.

7. The Constitution contains many spelling mistakes. The biggest being “Pensylvania.” Did you know that it is also misspelled on the Liberty Bell?

8. Since 1791, the Constitution has only been amended 17 times with 27 amendments being made.

9. Many know of the Bill of Rights but do not know that they are actually not in the original document. The are, in fact, the first 10 amendments which were presented by James Madison in a series of legislative articles.

10. The original Constitution is in a display case at the National Archives in Washington, D.C. The cases contain argon gas and are kept at 67 degrees Fahrenheit with a relative humidity of 40% to preserve the parchment papers.

Would you like to dig deeper? Here’s a link to a brief overview of what is contained in the articles of the Constitution, from the National Archives.

There are also links on the page describing the history of the document, how it happened, how it was made, and to a full transcript.