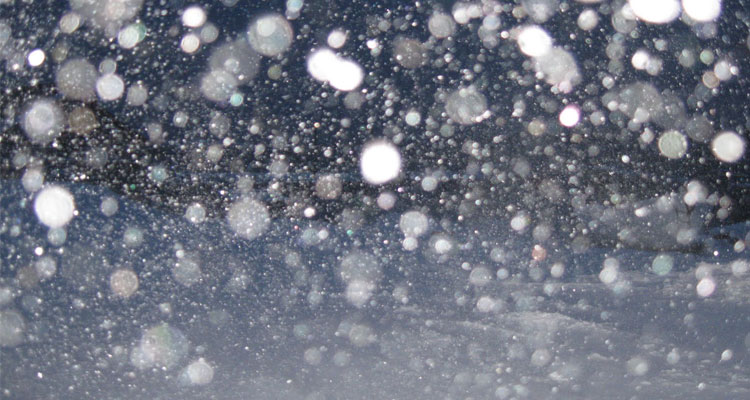 ROCK SPRINGS, WY. – At around midnight on Wednesday, January 23, 2019, Sweetwater Combined Communications Center received a report of a man stranded atop White Mountain after experiencing an engine failure in his tracked vehicle. The man reported that he was actually an on-the-clock employee of Visionary Communications and had been dispatched to the area to inspect some equipment. In addition to his inoperable vehicle, the man told dispatchers he only had about five percent battery life remaining on his mobile phone.

At approximately 1:00 AM, Sweetwater County Sheriff’s Office initiated a search and rescue operation, mobilizing volunteers and equipment from Sweetwater County Search and Rescue. By around 3:00 AM, Sheriff’s deputies and Search and Rescue personnel arrived at a staging area near Fourteen-Mile Hill, north of Rock Springs, where a rescue team then deployed westward up the mountain. Rescuers had to cut their own trail with a tracked vehicle, as the road was impassable with snowdrifts measuring four to five feet high. They also experienced frigid temperatures and blizzard conditions, with high winds and visibility limited to approximately 50 feet, forcing them to rely on real-time GPS mapping technology to navigate their route. Roughly one-and-one-half hours into their search, at around 4:30 AM, they encountered two unexpected stranded vehicles and extracted five people to safety before returning back up the mountain and ultimately rescuing the original stranded party before finally returning to the staging area just after 8:30 AM.

In all, rescuers traveled in excess of 40 miles in just over five hours with no one seriously injured during the nightlong operation. In an email received a few hours after the incident, a spokesperson from Visionary Communications wrote, “Tell your team thank you, please. […] Please pass that along to 911, the Sheriff and to the Search and Rescue guys.”

Sweetwater County Sheriff’s Office reminds everyone to travel safely, especially during the winter months. Always travel with food, water, warm blankets and clothing, charging cables for your cell phones and no less than a half-tank of fuel. If you become stuck or stranded, stay with your vehicle if possible. If conditions are such that your life is in jeopardy, please do not hesitate to call emergency services for help.