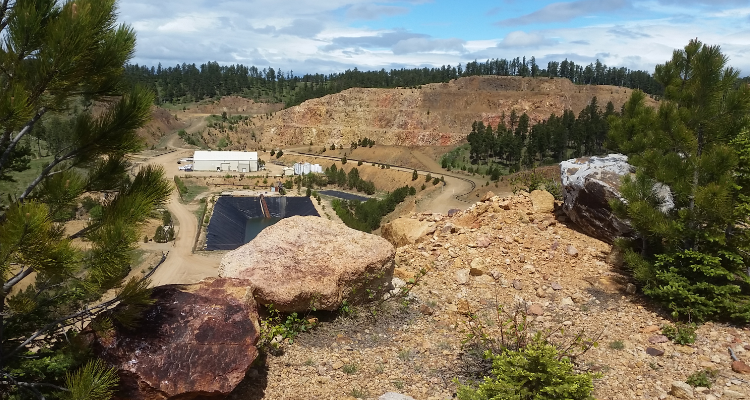 RAPID CITY, SD. (AP) — South Dakota wants to purchase part of an abandoned mine site at the Black Hills National Forest where the Environmental Protection Agency has been conducting a cleanup for nearly two decades.

Ryan Brunner, the state commissioner of school and public lands, recently met with the national forest’s advisory board about the former Gilt Edge Mine near Lead, the Rapid City Journal reported.

South Dakota already owns most of the land within the cleanup boundaries of the mine site, but there are still some parcels that are part of the national forest or privately owned, Brunner said.

The state is interested in consolidating its ownership of the land because federal law says the site will be the state’s responsibility after the EPA cleanup is complete, he said.

“If we have to manage it, it would make sense that we’re the owner,” Brunner said.

Brunner said the land sale would need congressional legislation, which hasn’t been drafted yet.

Brohm Mining was the last company that mined for gold at Gilt Edge. The company declared bankruptcy in 1999, leaving behind 150 million gallons of acidic water that was laden with contaminants, such as arsenic and lead.

The EPA added the mine to its National Priorities List in 2000, making its cleanup eligible for funding from the federal Superfund program. The federal agency has been covering some areas of exposed rock with dirt and vegetation, as well as treating polluted water.

The EPA has estimated that roughly $120 million has been spent on cleaning up the site, as of last fall. Most of the money came from federal funding, while some came from settlements with the mine’s past operators and the state of South Dakota.

The EPA last year approved a deal to allow Canada-based Agnico Eagle Mines to conduct a water pollution study at the site, which included drilling holes to find the source of toxic cadmium contamination in Strawberry Creek. In exchange, Agnico can take core samples from the mine to decide whether it’s interested in remining.

Gregg Loptien, the U.S. exploration manager for Agnico, said he wasn’t aware of the state’s proposal to purchase more land within the cleanup boundaries of the mine. He said the company is focused on its ongoing drilling operation.