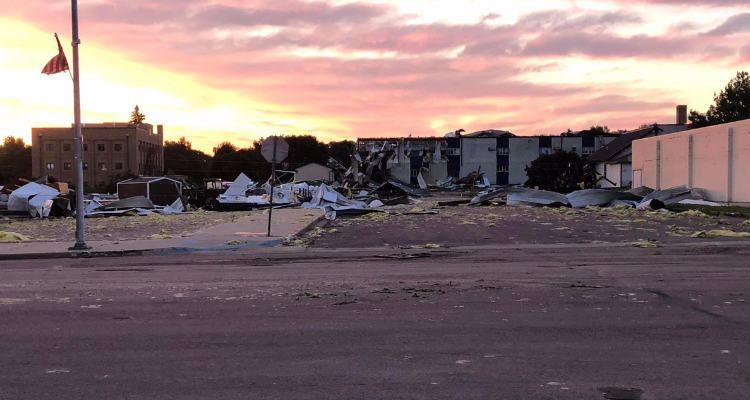 BURKE, SD. (AP) — This week’s storm that caused extensive damage in the southern South Dakota town of Burke has caused school administrators to delay the start of classes.

The tornado and strong winds caused major damage to the community’s only school campus. Officials are still deciding where the new school year will begin, possibly in local churches or a portable building. But one thing is certain. Classes that were to begin Aug. 21 will be delayed to Sept. 4.

Superintendent Erik Person tells the Argus Leader that when he saw the damage caused by Tuesday night’s storm he had a sinking feeling, but is grateful no one was seriously injured.

The National Weather Service says the EF-1 tornado traveled nearly 4 miles in eight minutes, but says most of the damage was caused by 80 to 100 mph winds.