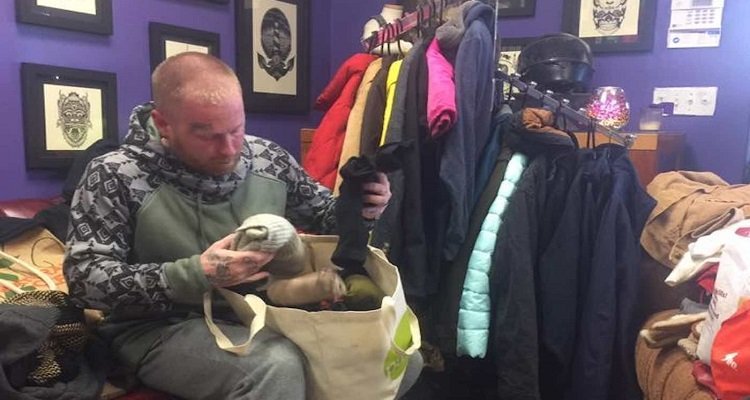 GOOD NEWS WEEK  –  Mark Hennant, a Nebraska Tattoo shop owner, has given away thousands of dollars worth of tattoos in exchange for donated clothing that he can give out to the homeless.

Mark owns the Ink Link Tattoo shop in Omaha Nebraska. He first started asking for donations over one month ago. When someone donated clothing, they received a free tattoo. The shop was offering free tattoo certificates in exchange for donated winter coats, boots gloves, warm hats, and new socks and underwear.

The donations started pouring in. So much so, that the shop was forced to reduce their offer to certificates that were only worth 50% off of their tattoos. Still donations kept coming so Mark had to reduce it again, by simply offering $20 worth of store credit for every item of important winter clothing.

To Hennant’s delight, the donations have kept coming in. Resulting in thousands of articles of clothing, and has sparked Mark and his team to go out every day to hand out the donated clothes.

“If everybody would help somebody, then there would be a lot less suffering,” Hennant said.