The bitter and sweet history of chocolate and its benefits 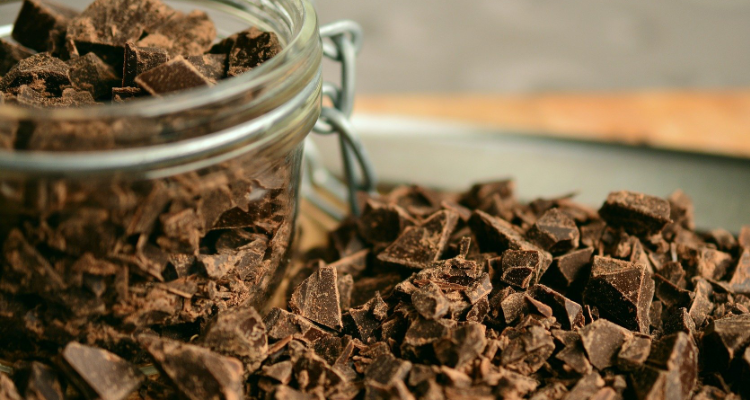 The bitter and sweet history of chocolate and its benefits

There exists few foods that people of this world feel as passionate about, as chocolate. A lot of people feel like nothing can beat rich taste and smooth texture of a piece of chocolate.

Just about everyone around the globe is a fan of chocolate, it is the most popular ‘sweet treat’ in the world! chocolate is a huge multi-billion dollar industry, resulting in profits of over $75 billion dollars a year.

Even if chocolate isn’t strictly chocolate, it is still one of the most popular flavors in the world, bits of chocolate or chocolate flavoring is added in many sweet items, from cakes, cookies and brownies to pudding, mousses, and snack bars.

So it’s reasonable, that when most of us hear the word “chocolate” it conjures up images of bars, coated candies, cakes, or is immediately associated along with the word ‘sweet’. However, the origin story of chocolate shows that neither of these initial  assumptions are true – at least not at first.

Chocolate actually began its long history as a bitter beverage, derived from the extracted seeds of the cacao fruit.

What Exactly is Chocolate?
Chocolate is prepared from the Cacao Bean coming from the fruit of the Cacao Tree, also known as Theobroma Cacao, or “food of the gods” in Greek.  This tropical tree is found growing on small farms in West Africa, Southeast Asia, and North and Central America.

The trees bear large pods similar in shape to a papaya. Contained within the pod is both a white fleshy pulp, which is the fruit, and around 40-50 seeds.  The dark purple seeds, or “beans” as they are commonly known, are the main ingredient for chocolate and cocoa powder once they are extracted, fermented, roasted, and prepared.

While few people in countries where chocolate is most popular ever get to taste the fruit of the cacao tree. It has a mild taste, with just a subtle hint of bittersweet chocolate flavor.

What are its origins?
The origins of chocolate begin some 4,000-years ago in ancient Mesoamerica, or present day Mexico,  where the Olmec civilizations were the first to turn the cacao plant into chocolate.

Cacao seeds were used to make ceremonial beverages consumed by elites of the Aztecs and other civilizations.

The Olmec would create ritual beverages from the seeds or beans of the fruit and also use chocolate as medicine. Centuries later, the Mayans and the Aztecs would continue to praise the chocolate drink of the gods.
These civilizations would brew the roasted and ground cacao seeds in water or wine and then season with  a variety of local ingredients, like vanilla, pimiento, annatto, allspice, honey, or chili pepper.

Centuries would pass and people would continue to drink chocolate, rather than eat it.

Chocolate Reaches Spain
The conquering Spanish explorer Hernán Cortés returned home, bringing the cocoa drink to Spain, following an expedition to the Americas in 1528. Spain would continue to serve chocolate as a drink, but they would be among the first to make the change to adding sugar and honey to sweeten the taste.

Chocolate quickly rose to popularity among Spanish royalty and the wealthy, and would be kept a guarded secret for almost a hundred years.

Chocolate Spreads to Europe
Nearly a century would pass before the Spanish would bring chocolate to neighboring France, and then on to the rest of Europe. The Frech would also take a liking to chocolate, just as the Spanish before them. French artisans have been perfecting chocolate-making, since this time – and continue to do so today.

The newly sweetened, chocolate beverage would remain and exclusive to the royal court in France, and a cost-prohibitive luxury across the majority of Europe. But, by the 17th century, England would make chocolate drinks more widely available. Anyone who could afford them could partake in the many famous coffee and chocolate houses throughout London.

The Chocolate Revolution
As chocolate was still being produced by hand, it was produced in limited quantities and remained very exclusive, holding popularity among European aristocracy and the well-off. But, the Industrial Revolution would soon bring the chocolate drink to the masses and change to the chocolate making process.

A steam engine for grinding cacao beans was developed by Joseph Fry of Bristol, England, in 1847. Chocolate could now be manufactured on a larger scale.

The invention of the hydraulic chocolate press in 1828 by Dutch chemist, Johannes Van Houten, would also open chocolate up to being mass-produced.  The device squeezed the bitter cocoa butter from roasted cacao beans, leaving behind a cocoa powder. His goal in this endeavor was to make chocolate less bitter and more palatable. Van Houten created a “cake” that could be pulverized into a fine powder known as cocoa, paving the way for modern chocolate.

Cocoa powder would not only end up making chocolate drinks much easier, but also make it possible to combine chocolate into a solid.

Fry & Sons wound up doing just that – mixing sugar and cocoa powder with cocoa butter (made from Van Houten’s process) to produce the first solid modern “eating chocolate,” It wouldn’t attract too much attention, however, due to its bitter taste.

The modern era of chocolate was born. At first, there was only dark chocolate. But, a Swiss chocolatier named Daniel Peter would  invent milk chocolate and change the game.
In 1875, after trying for eight long years, Peter, would experiment with adding condensed milk powder to the aforementioned process – thus creating milk chocolate!  In the process he would change the acceptance of chocolate and its history forever (for better or for worse).

Chocolate Making Today
Today, the Swiss are famous for their chocolate, and deservedly so, after their late 19th century contributions ended up greatly influencing the solid chocolate that we all enjoy today! Perhaps more amazingly, looking at the process of making fine chocolate today, you would find that the process hasn’t changed much since those landmark Swiss breakthroughs.

The Many Health Benefits of Chocolate
Despite common misconceptions, eating chocolate in moderation may actually be good for you.

Chocolate is known to have many health boosting benefits. Studies have shown that chocolate lowers cholesterol levels, aids in preventing cognitive decline, reduces the risk of cardiovascular problems, and lightens the mood!

Dark Chocolate is Heart Healthy
Dark chocolate is said to contain heart-healthy polyphenol antioxidants and lower blood pressure according to a study conducted by Walden University’s School of Nursing.  Antioxidant effects of cocoa may also directly influence insulin resistance and, in turn, reduce risk for diabetes.

Chocolate Could Reduce the Risk of Heart Disease
Eating chocolate can also reduce the risk of heart disease, as shown in a Harvard University study.  The results stated that those who consumed 3.5 ounces of chocolate daily, actually had lower risk of heart disease, than those who did not. Cocoa’s polyphenols carry an anti-inflammatory effect which also benefits cardiovascular health.

Chocolate Can Trigger Relaxation
The smell of chocolate can trigger relaxation. Chocolate is known to have extremely soothing properties. An Essex University study found that people were more relaxed and actually paid attention and retained more information when only just  the smell of chocolate was around.

Chocolate is Good for the Brain
Dark chocolate contains a variety of mineral components that promote good nutrition, including calcium, phosphorous, magnesium, iron, zinc and copper. These minerals can promote bone growth, metabolism and oxygen transport within the blood.

Chocolate is also believed to boost endorphins and serotonin levels in the brain stimulating a positive mood. A study published in the Journal of Alzheimer’s Disease also highlighted chocolate’s ability to improve cognitive function, lowering the risk of cognitive decline in people aged 65 and older.

It must be noted that while chocolate is healthy in moderation, chocolate bars, especially today, do not only contain cocoa. Therefore, the benefits and risks of any of  the other ingredients, such as sugar and fat, need to be considered and balanced.