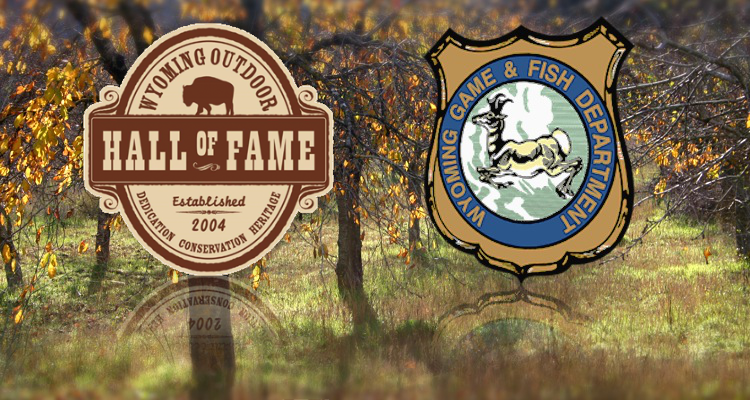 Cheyenne, WY. | Sara DiRienzo, WGFD   –   Three individuals who made significant contributions to the Wyoming outdoors will be inducted into the Wyoming Outdoor Hall of Fame this March. The Hall of Fame honors individuals, both living and posthumously, who have made significant, lasting, lifetime contributions to the conservation of Wyoming’s outdoor heritage. The induction ceremony will take place in Cody at the Buffalo Bill Center of the West on Thursday, March 15.

Dr. George T. Baxter (posthumously), Gary B. Butler and William G. Hepworth will join 53 past inductees. The Wyoming Outdoor Hall of Fame was established in 2004 by then Governor Dave Freudenthal to celebrate individuals who have shown leadership and vision related to conserving wildlife, habitat or our heritage of hunting and fishing. Tickets are available online for the induction ceremony.

Dr. George T. Baxter led the way in fisheries conservation in Wyoming for over 40 years, three decades of that as a professor at the University of Wyoming with the fishery biology program. Described as an “old-school naturalist” he was highly versed in ichthyology, herpetology, entomology, mammalogy, geology and hydrology, as well as fish management, forestry, and agriculture. A mainstay at the University’s summer science camp in the Snowy Range, he served as academic director for nine years. During his career, Dr. Baxter taught, supervised and mentored hundred of undergraduate and graduate students, as well as junior faculty. His monograph, co-written with Mike Stone, on “Wyoming Fishes” and “Amphibians and Reptiles of Wyoming” are landmark works and the standard references in the field. He as been acknowledged by the Colorado-Wyoming Chapter of the American Fisheries Society as “The Father of Fisheries in Wyoming.” Dr. Baxter died in 2006.

Gary B. Butler served the state of Wyoming for 40 years with the Wyoming Game and Fish Department. Butler worked as a check station attendant and fish warden, and biologist, retiring as the statewide supervisor for the Terrestrial Habitat Division in 2012. Much of Butler’s career was spent in the field conducting studies on alternatives to feeding elk hay at the National Elk Refuge, and two elk feedgrounds near Jackson, Wyoming and later managing bighorn sheep around Whiskey Mountain. While there he pioneered many new range survey and winter habitat improvement techniques for bighorn sheep and elk; as well as being instrumental in the trapping and translocation of bighorn sheep to re-occupy historical ranges in Wyoming and other western states. He also organized and initiated the Whiskey Mountain Bighorn Sheep Technical Committee which has remained active to this day. Beginning in 1986 Butler served as the statewide supervisor for the Terrestrial Habitat Division until his retirement in 2012. The habitat management program in Wyoming became a model for implementation by many western states. Butler resides in Cheyenne.

William G. Hepworth contributed to the conservation of Wyoming’s wildlife for 38 years with the Wyoming Game and Fish Department and served for a time as an adjunct professor at the University of Wyoming. He contributed to many research projects while with the Game and Fish; primarily associated with early investigations on the pronghorn, elk, mule deer, white-tailed deer, bighorn sheep, and trout species. He participated in early efforts to trap, handle, and rear pronghorn and other big game species in captivity. He has been referenced as the “Dean of Pronghorn” in Wyoming. Hepworth was the director of the Game and Fish Research Laboratory and director of technical research most of his career, which included work at the Sybille Wildlife Research Unit and fish health and disease control. Hepworth also served as Wildlife Management Coordinator for the Laramie Region, and for a time in a dual role as Regional Supervisor. Hepworth resides in Laramie.

“Each of the inductees has not only made the outdoors a priority, but has consistently invested time, hard work and considerable personal resources into making Wyoming a better place,” said Scott Talbott, director of the Wyoming Game and Fish Department. “We congratulate the inductees and their families. Game and Fish and our partners look forward to honoring them in March, and I hope you will join us.”

The Wyoming Game and Fish Department invites the public and partners to come and celebrate this year’s class and support conversation. Tickets and information regarding sponsorship opportunities are available online.