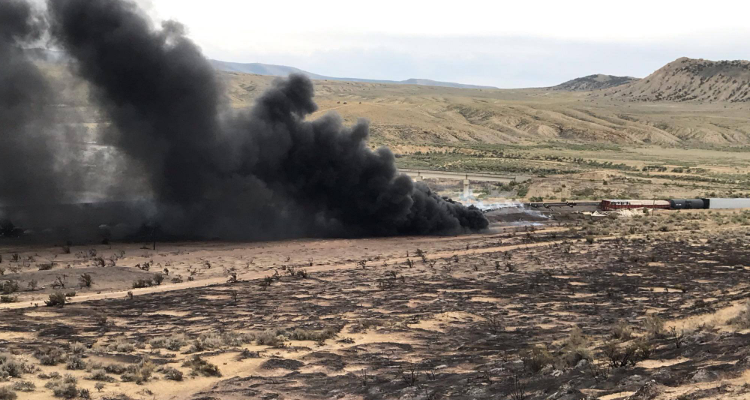 The company and first responders say smoke and flames shot about 100 feet into the air moments after the accident at around 2:55 p.m. Saturday.

The mixed freight train was hauling 116 rail cars of alcohol and other materials when it derailed 4 miles east of Rock Springs around 3 p.m. The wreck sparked a fire on public land next to the tracks.

The fire was extinguished early Sunday morning. An official says two deputies suffered second-degree burns during an explosion and were treated at Memorial Hospital of Sweetwater County and then released.