Tricking and treating has a history 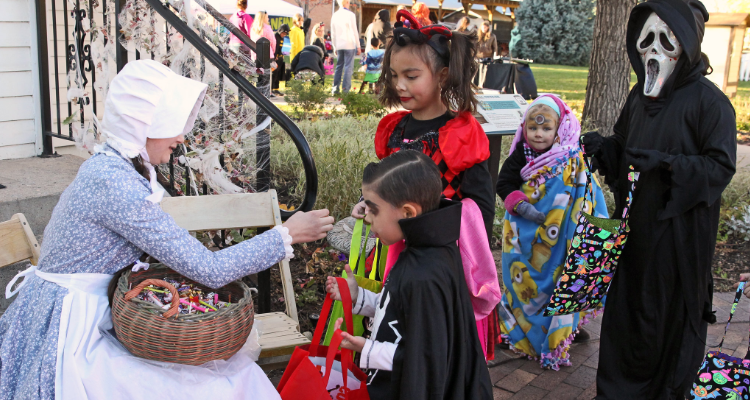 Tricking and treating has a history

Over the past few decades, Halloween celebrations have gained in popularity, not only with children and families, but with all those fascinated with the spooky and scary.

As a scholar of myth and religion in popular culture, I look at Halloween with particular interest – especially the ways in which today’s Halloween tradition came to evolve.

Many practices associated with Halloween have origins in the pre-Christian, or pagan, religion of the Celts, the original inhabitants of the British Isles, as well as parts of France and Spain.

The Celts held a feast called Samhain – a celebration of the harvest, the end of summer and the turn of the year. Samhain was separated by six months from Beltane, an observance of the beginning of summer, which took place on May 1 and is now known as May Day. Because Samhain led into the cold, fruitless and dark days of winter, the feast was also an opportunity to contemplate death and to remember those who had gone before.

The Celts believed that the veil between the living and the dead was thinner during this time, and that spirits of the dead could walk on Earth. Bonfires were lit to ward off the coming winter darkness, but also to sacrifice livestock and crops as offerings to the gods and spirits.

Some scholars – because of the long historical association of the Celts with the Romans – have also linked the modern observance of Halloween to the Roman festival honoring Pomona, the goddess of fruit trees. During that festival people practiced divination, which uses occult for gaining knowledge of the future.

One of the practices was similar to the modern-day Halloween tradition of bobbing for apples – a party game in which people attempt to use only their teeth to pick up apples floating in a tub or a bowl of water. Originally, it was believed that whoever could bite the apple first would get married the soonest.

Many of the modern-day practices of Halloween and even its name were influenced by Christianity.

Halloween coincides with Christian celebrations honoring the dead. In the autumn, Christians celebrate All Saints’ Day – a day to honor martyrs who died for their faith and saints. They also celebrate All Souls’ Day – a day to remember the dead and to pray for souls more generally.
The history of how these dates came to coincide is worth noting: It suggests ways in which the pagan holiday may have been absorbed into Christian observance. Starting around the seventh century A.D., Christians celebrated All Saints Day on May 13. In the mid-eighth century, however, Pope Gregory III moved All Saint’s Day from May 13 to Nov. 1, so that it coincided with the date of Samhain.

Although there is disagreement about whether the move was made purposely so as to absorb the pagan practice, the fact is that from then on Christian and pagan traditions did begin to merge. In England, for example, All Saints Day came to be known as All Hallows Day. The night before became All Hallows Eve, Hallowe’en, or Halloween, as it is now known.

Around A.D. 1000, Nov. 2 was established as All Souls Day. Throughout the Middle Ages, this three-day period was celebrated with Masses. But the Pagan tradition of appeasing the spirits of the dead remained, including the Christian – now Catholic – practice of lighting candles for the souls in Purgatory. 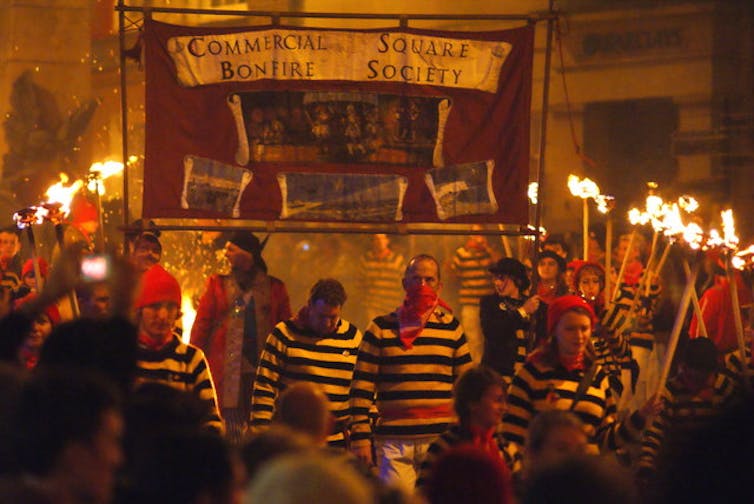 People still light bonfires on Oct. 31, especially those in regions where the Celts originally settled. In Ireland, bonfires are lit on Halloween. In England, the bonfire tradition has been transferred to Nov. 5. This is known as Guy Fawkes Day and commemorates the Gunpowder Plot, a thwarted attempt by Catholics, led by Guy Fawkes, to blow up the Houses of Parliament in 1605.

There are other practices that continue today. In England, for example, one of the practices on All Hallows Eve was to go door to door begging for small currant biscuits called soul cakes, which were offered in exchange for prayers. While not all scholars agree, it is part of popular belief that this practice is echoed in the modern tradition of trick-or-treating.

In Ireland, people would walk the streets carrying candles in a hollowed-out turnip, the precursor of today’s jack o’lantern, or the carved pumpkin. 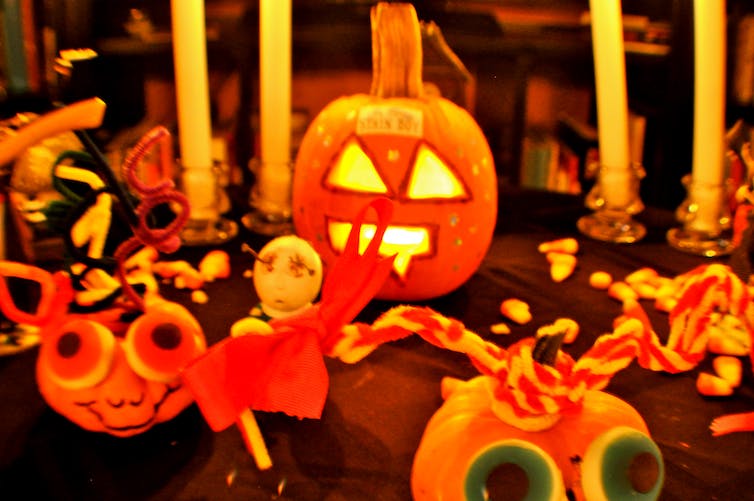 When the tradition came to the US

Halloween, however, did not make its way to the United States until the 1840s, when waves of immigrants from the Celtic countries of Ireland and Scotland arrived. These immigrants brought with them their tradition of Halloween, including dancing, masquerading, fortune-telling games and – in some places – the practice of parading the neighborhood asking for treats, such as nuts and fruits and coins.

By the late 19th century, some stores began offering commercially made candy for Halloween.

The North American observance of Halloween also included everything from minor pranks to some major vandalism, as well as a lot of drinking. By the early 20th century, however, many municipalities and churches attempted to curb this behavior by turning Halloween into a family celebration with children’s parties and, eventually, trick-or-treating as we know it today.

Candy sales, costumes, decorations, seasonal theme parks, annual television specials and October horror movie premieres are some of the many ways North Americans spend their money on the holiday. 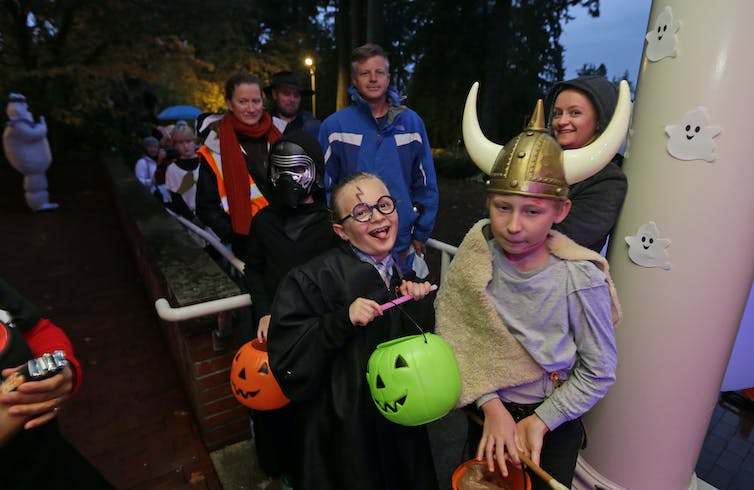 But Halloween has come to mean many things to many people. Roman Catholics and many mainline Protestants, for example, continue to observe All Saints’ Day for its spiritual significance. In the Catholic Church it is considered a holy day of obligation, when people are required to go to Mass. All Souls’ Day is celebrated soon after. In fact, the entire month of November is set aside as a time to pray for the dead.

On the other hand, some people reject Halloween because of its pagan origins and its perceived association with witchcraft and the devil. Others see it as too commercial or primarily for children.

Nonetheless, whether people see it as a children’s holiday, a sacred ritual, a harvest festival, a night of mischief, a sophisticated adult celebration or a way to make money, Halloween has become an integral part of North American culture.