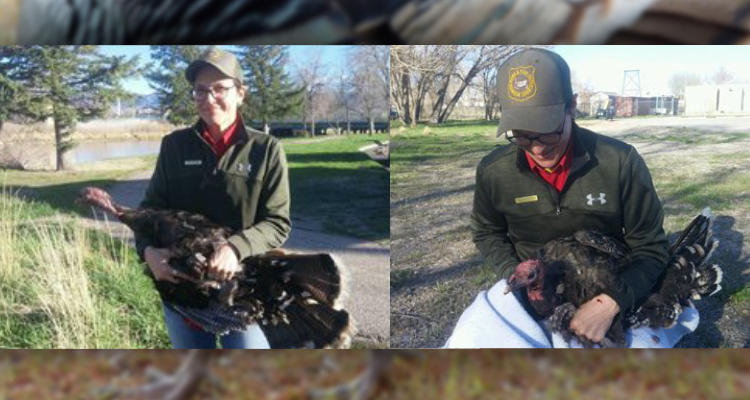 CASPER, WY. | WGFD  –  Hotel owners along the river in Casper had an uninvited guest last week. A wild turkey decided to join the party by crashing through the double-paned skylight. Casper Wildlife Biologist Heather O’Brien and Game Warden Scott Fischer responded to the call where they found the wild turkey had several cuts on his legs from breaking the glass window. Heather and Scott checked him over, applied pressure to the wounds until the bleeding stopped, and released him along the North Platte River. With the mischief this wild turkey was up to, he could be considered the offspring of Thomas Gobbles, an aggressive and legendary Casper area turkey who, according to O’Brien, made children cry, chased students across Casper College campus and attacked mailmen.