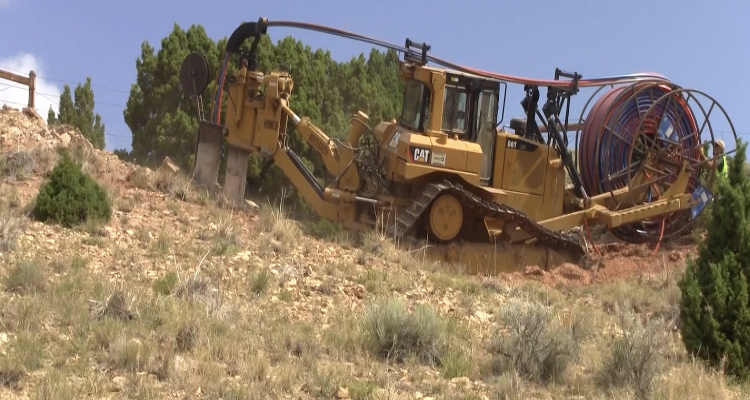 Pinedale, WY.   –   Union Wireless announced today that the company will expand the footprint of its fiber optic network an additional 125-miles from I-80 to Pinedale in 2018. The route will go through the communities of Granger, Opal, La Barge, Big Piney, and Daniel, initially serving Union’s towers and anchor tenants. The enlarged fiber optic system will complement the company’s extensive 550 miles of recently installed fiber that already provides service to cities and towns along the major traffic corridors throughout the state.

Fiber has become critical to ensuring a dependable and seamless broadband wireless network in the cities and along the interstate, as well as the underserved rural areas of the American West. According to Brian Woody, Union Wireless Chief Customer Relations Officer, “Radio frequencies traditionally used to transmit wireless telecommunications have become congested due to the increased demand for broadband data services. As such, fiber fills a very important niche by providing a pipeline to carry signals from handsets, to towers, microwaves, and even copper landline systems to keep communications flowing at ever higher speeds.”

Fiber and high-speed data services are critical to providing the services needed to fuel an expanding economy. Without fiber, many businesses won’t even consider relocating to Wyoming. “Union Wireless is committed to investing millions of dollars in the rural areas of Wyoming and the west to provide communities with the resources needed to join the modern economy,” noted Brian. “This is an investment that the big wireless carriers to date simply have not made.”

The extension of the fiber from I-80 up to Pinedale via US 30 and 189 will cost more than $5,000,000 and represents almost 1/4th of Union’s annual capital investment in Wyoming, yet it is only one of the many fiber optic route expansions that Union has planned for 2018. This new segment of the network is expected to be completed and in-service by the end of 2018. Because of wildlife restrictions and seasonal weather challenges, the company will only be able to work during a narrow 180-day window. “Union Wireless takes pride and care in protecting the environment while working on both public and private right-of-way corridors” noted Woody. “The landscape and wildlife are a major attraction to the region and are why many people relocate to Wyoming.”