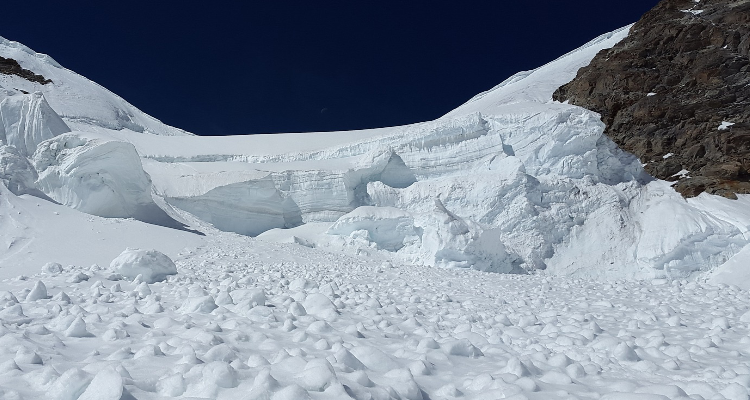 Pinedale, WY.   –   At approximately 3:50pm, on Wednesday afternoon, the Sublette County Sheriff’s Office received an SOS beacon from an InReach personal location device in the Horse Creek recreation area. Through continued communication with the three man party from Utah via the InReach device it was discovered there had been an avalanche. The avalanche occurred in the Lead Creek drainage where they had been snow machining. One of the three men had been buried in the avalanche for just over 10 minutes before the other two were able to successfully dig him out. The buried rider was unconscious and not breathing initially but began breathing on his own once they were able to dig him out.

TipTop Search and Rescue requested help from Teton County Search and Rescue members with their helicopter asset to help assist with the mission and possible extraction of the patient. TipTop’s avalanche response team was deployed from the Horse Creek parking lot and located the party. The reporting party and patient were found with three Teton County Search and Rescue members who had been dropped off at the scene via helicopter but the ground weather and strong winds prevented the helicopter from landing or assisting further in the extraction. The Teton Search and Rescue members had already packaged the patient for transport. He was then transported out via rescue sled to an ambulance that was staged at the Dry Beaver Parking lot. The patient was taken via ambulance to the Pinedale Medical Clinic where emergency staff was waiting. The buried rider was evaluated, cleared and released by medical staff late last night with only minor injuries.

This rescue and successful recovery of the buried rider was due greatly to the quick thinking of his fellow riders. They were prepared and had the ability to activate 911 via the InReach location device prior to locating the buried rider. This greatly improved the response time of the rescuers. The other two riders were also successful in following the steps of Companion Rescue to locate and save their fellow rider from suffocation. A big thank you to all involved in helping get all three riders out of the mountains and to the appropriate medical care safely. This incident serves as a great reminder to know the terrain and conditions of the area, have the proper gear, and most importantly have the proper training to help your fellow man.