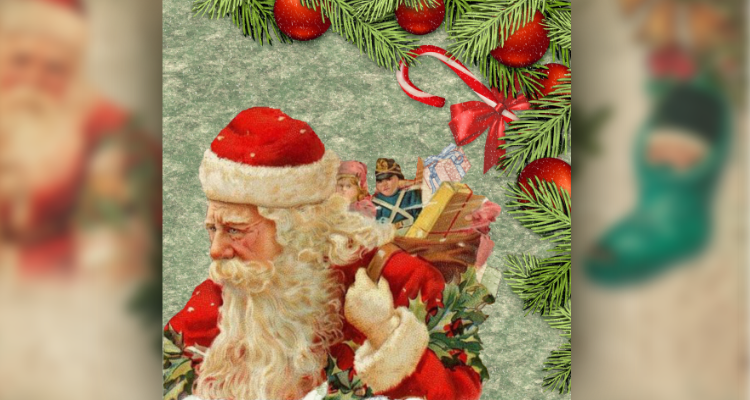 This vintage Christmas-oriented audio program entitled “Voices of Christmas Past” is a collection of public domain early recordings recovered from cylinders and acetates dated from 1898 to 1922.

Here’s a short description on what you can expect to hear in these recordings: In addition to the holiday material, included are some fun winter-themed treats, two pieces from Tchaikovsky’s Nutcracker, and some spoken old time radio theater selections.

The artists featured here were pioneer recordings artists whose names were well known in the era they lived. They helped start what is now known today as the record industry. They were popular artists in their time, and their records sold well in an era when movies were silent and radio and television did not yet exist.

Of all things Christmas, nothing is more traditional than the singing of carols and songs….

On October 30, 1889, banjoist Will Lyle made history by recording “Jingle Bells”, the very first Christmas record. Although no known copies of this record survive, one of the earliest vocal examples of “Jingle Bells” does survive on an Edison brown wax cylinder entitled, “Sleigh Ride Party”. It was made a decade later and is reissued here for the very first time in this collection. These songs and monologues from the original vintage recordings capture the essence of the Christmas spirit as it was in the opening two decades of the 20th Century.

So gather around the digital phonograph and take a trip back in time to the early 1900’s and celebrate the holidays with the “Voices of Christmas Past”.

From all of us at KASLRadio.com, we hope that you enjoy this audio program and we wish for you and yours a safe, joyous and Merry Christmas!