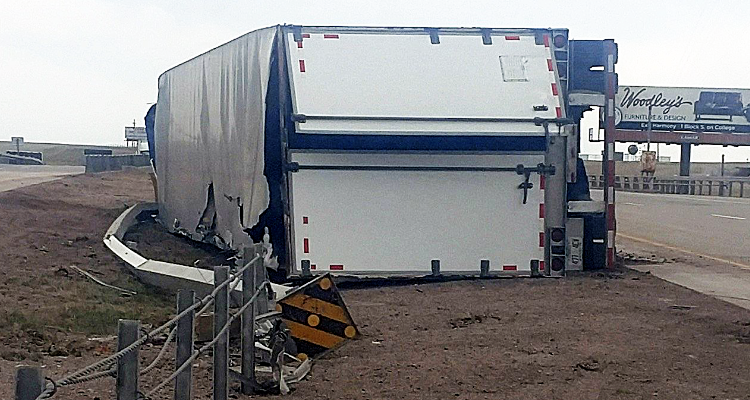 Cheyenne, WY. – Wyoming Highway Patrol troopers responded to the blow overs starting around 1 p.m., which resulted in several crashes. There were no fatalities from the crashes.

Southeast Wyoming was experiencing a high wind event because of a cold front, the jet stream and a low and high pressure system in the region, said Mark Heuer, meteorologist with DayWeather.

“Wyoming’s windy season is typically from November to March, but it’s not uncommon for us to have windy days around this time of the year,” Heuer said. “But as we continue into the spring and summer months, these wind events become less common.”

However, wind speeds were actually higher in several locations west of Cheyenne. Readings from two Union Pacific locations, which are several miles from I-80, had wind speeds at 88 and 85 mph.

Winds may pick up on Thursday, April 18 in the eastern part of the state with gusts between 40 and 45 mph, DayWeather indicated. Cooler temperatures and precipitation are likely to return to parts of the state Friday into Saturday.