Why we love big, blood-curdling screams 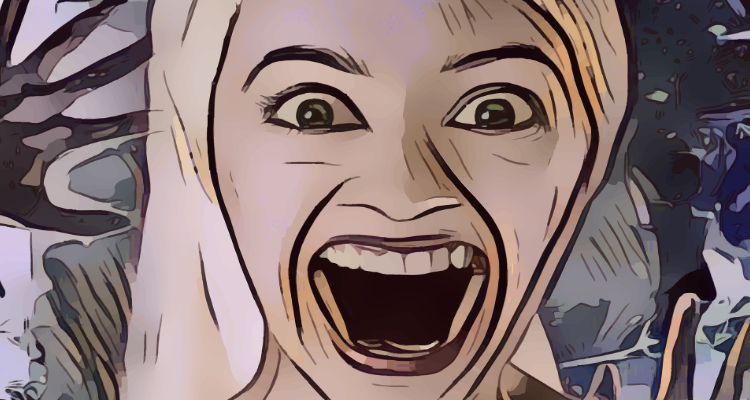 Why we love big, blood-curdling screams

Of all the sounds humans produce, nothing captures our attention quite like a good scream.

They’re a regular feature of horror films, whether it’s Marion Crane’s infamous shower scream in “Psycho” or Chrissie Watkins’ blood-curdling scream at the beginning of “Jaws.”

Screams might seem simple, but they can actually convey a complex set of emotions. The arsenal of human screams has been honed over millions of years of evolution, with subtle nuances in volume, timing and inflection that can signal different things.

Screaming can be traced to the prehistoric ancestors we share with other primates, who use screams as a key component of their social repertoire.

Emory University psychologist Harold Gouzoules is one of the world’s leading screaming experts. He’s been able to show how monkey screams convey a wealth of information. Different screams at different pitches and volumes can communicate different levels of urgency, such as whether a fight is simply about to take place or whether a predator is in the area.

The grammar of monkey screams can be surprisingly sophisticated.

African vervet monkeys, for example, have three main predators: leopards, snakes and eagles. Each type of predator requires different escape routes. To elude an eagle, the monkey must abandon wide-open spaces and seek shelter in dense shrubbery. But this would be exactly the wrong response if a snake were lurking in bushes. 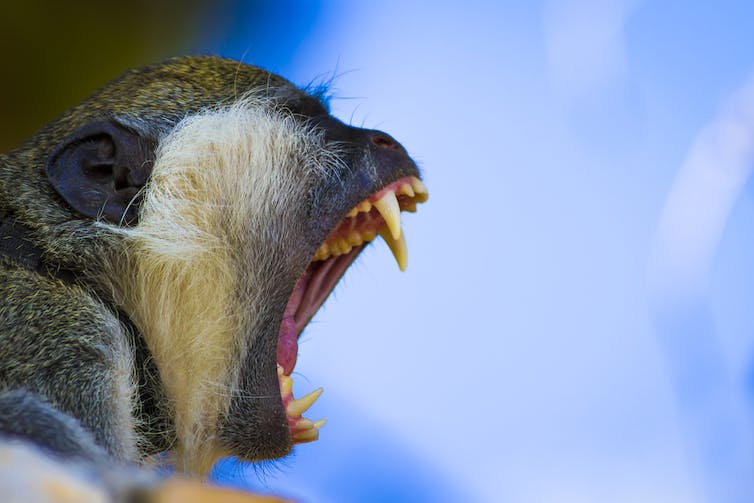 For this reason, vervets have evolved a pattern of distinct screams that not only act as a warning but also reveal the type of predator in their midst.

Monkeys can even identify other individual monkeys from their screams.

This is highly adaptive, because it enables the listener to assess the importance of the screamer to the listener, facilitating the protection of children and other relatives.

Why screams of terror stand out

Like monkeys, humans have the ability to identify people they know by the sound of their screams.

Screams can be described according to their place along an acoustic dimension known as “roughness.”

Roughness is a quality that reflects the rate at which a scream changes or varies in loudness. The more rapidly the loudness fluctuates, the “rougher” the scream. And the rougher a scream is, the more terrifying it’s perceived to be.

Psychologist David Poeppel looked at brain images of people listening to recordings of human screams and found that, unlike other human vocalizations, screams get routed directly to the amygdala, which is the part of the brain that processes fear, anger and other intense emotions.

And among the variety of human screams, it is screams of terror that stand out most vividly. Other unpleasant sounds, such as a baby’s cry and fingernails on a chalkboard, share some of the same features that make screams unpleasant and terrifying.

It makes good evolutionary sense for screams of terror to be the most attention-grabbing; these are the ones that most clearly warn of an imminent danger.

Humans who couldn’t readily distinguish among different types of screams may not have responded with appropriate urgency in life-or-death situations. Over time, this would have diminished the frequency of their genes in the population.

So we’re probably the descendants of individuals who were good screamers and were also good at reading the screams of their fellow humans. This may help explain the perverse joy we get by intentionally subjecting ourselves to scream-inducing experiences like horror movies and roller coasters.

How better to celebrate the screaming success of our prehistoric ancestors?