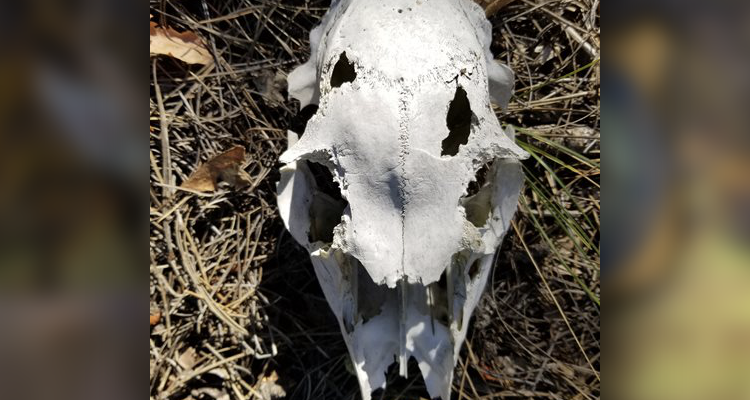 CASPER REGION – Clues left in the wild are some of the coolest puzzles to piece together. This skull found by Newcastle Wildlife Biologist Joe Sandrini told the story of how this white-tailed doe deer died. The puncture wounds in the top of the skull show where a mountain lion attacked its prey. When a mountain lion kills, it typically aims to puncture the part of the brain that controls the heart and lungs near the base of the skull. While the mountain lion that killed this deer had its aim a bit off, its canine teeth clearly still punctured the skull and killed the deer.