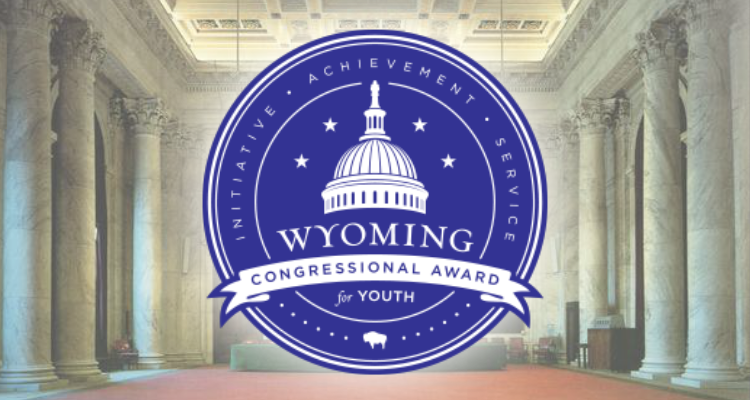 The Congressional Award is the United States Congress’ award for young Americans.  It is non-partisan, voluntary, and non-competitive.  The program is open to all 13 1/2 to 23 year-olds.  Participants earn Bronze, Silver and Gold Congressional Award Medals. For a minimum of two years, each Gold Medalist logged hundreds of hours across four program areas: Voluntary Public Service, Personal Development, Physical Fitness, and Expedition/Exploration.

The 2018 Gold Medal class was the largest in the national program’s 39-year history, representing an unprecedented year of servant leadership. This year’s class contributed 371,280 service hours to communities near and far, an average of 840 hours per medalist.

Other recipients of the 2018 Wyoming Congressional Award Gold Medals that were not present at the Washington, D.C. ceremony include: