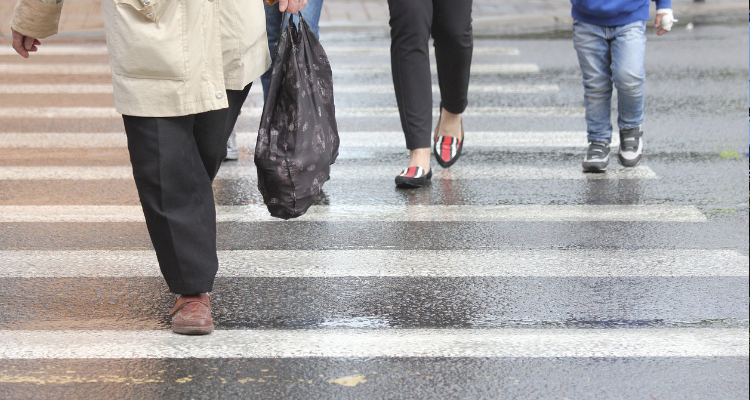 Cheyenne, WY.   –   A group appointed by Gov. Matt Mead to find ways to make Wyoming towns safer for pedestrians and cyclists released its report this week, and its recommendations include investing $10 million a year on infrastructure – such as sidewalks, bike paths and crosswalks.

Tim Young, chairman of the Wyoming Bicycle and Pedestrian Task Force, says creating more walkable Main streets would benefit Wyoming seniors, and would be a great incentive to retirees considering relocating to the Cowboy State.

“If you can live in a community and still walk downtown and share breakfast with your friends, and walk back home, that’s a great way get your exercise and feel connected to your community still,” he points out.

A big catalyst for the study was a rash of pedestrian and cyclist fatalities, and Young says the state Legislature wanted a broader picture of the potential benefits to communities of improving public safety.

He notes a big reason the gun manufacturer Weatherby decided to relocate from California to Sheridan was the town’s vibrant and accessible downtown.

Young says businesses and entrepreneurs are increasingly seeking out town centers for doing business, a sharp departure from the days when municipal planning centered on suburbs and highways. He says no one is bragging about a strip mall as a great vacation destination.

“But they’re certainly talking about some of the great Main Street communities in Wyoming that have a really unique character and are fun places to stop and spend a couple of days,” he points out. “It has merit all the way around, I think, for both community and improving our travel and tourism opportunities.”

The report includes more than 140 specific recommendations for removing barriers people cite for not opting to walk or use bicycles for transportation.

According to statistics collected from 2010 to 2014 by the Wyoming Department of Transportation, six cyclists and 24 pedestrians died as a result of accidents with cars and trucks.