WYDOT reminds motorists to be cautious when driving near snowplows 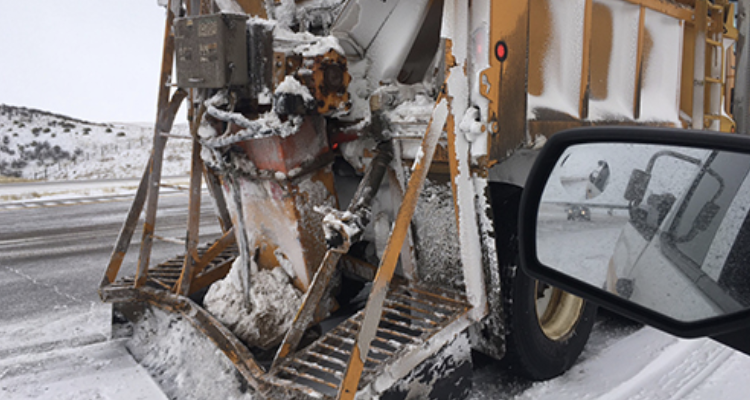 WYDOT reminds motorists to be cautious when driving near snowplows

Cheyenne, WY.   –   The Wyoming Department of Transportation urges motorists to be extra alert for snowplows that will be out maintaining the roads when there’s ice and snow.

Motorists collided with two WYDOT snowplows recently in December during two separate snowstorms. The most recent incident happened on Thursday, Dec. 14 on Interstate 25 about 15 miles north of Cheyenne. The collision caused damage to the box that holds the sand. The plow truck was out of service for half a day.

The first incident happened on Monday, Dec. 4 near Rock Springs when a motorist collided with the rear end of a WYDOT snowplow on Interstate 80. The WYDOT plow truck was clearing the left lane of westbound I-80, and was traveling about 25 mph. That collision also caused damages to the sander box. The plow truck was out of commission for a day.

No injuries resulted from either collision. The two incidents in December bring the total snowplow truck collisions up to four for 2017. From 2012 to 2016, an average of 5.6 snowplow trucks were involved in collisions annually, WYDOT figures showed.

“We want motorists to be safe when they’re heading out to their destinations so we always want them to drive cautiously,” said Mark Gillett, assistant chief engineer – Operations. “But they also need to be extra cautious during the winter months when there’s ice and snow. They need to be alert for slow moving snowplows, which are out clearing the roads and making travel safe for all motorists.”

Snowplows travel at 25 to 45 mph, depending on conditions. Motorists should stay a safe distance behind the plows until it’s safe to pass.

“A 12-foot plow can create a pretty good fog of snow,” Gillett said. “If a motorist is coming up behind a cloud of snow, they shouldn’t just drive into it because there may be a snowplow in there. If motorists see something like that they need to stay back. They should wait until they can see the truck and then cautiously pass if they need to.”

If a plow and vehicle collide, there could be injuries to both drivers. A collision can also damage the plow, which can then reduce the number of WYDOT plows out on the roads clearing snow and ice.

“We’re urging motorists to be patient when driving in wintry conditions,” Gillett said. “Our snowplow drivers are out there working hard to clear the roads and make them safe for motorists to get to their destinations.”

Motorists can also travel safer this winter season by checking WYDOT’s 511 travel information website at wyoroad.info, having an emergency kit, checking their tires, allotting for extra time to reach their destinations and letting someone know where they’re heading.