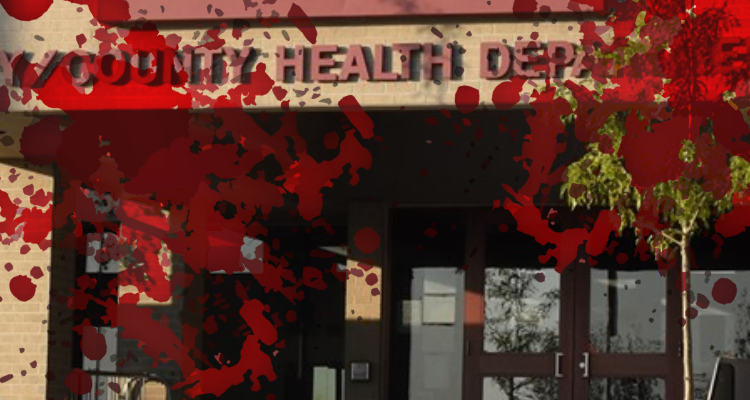 CHEYENNE, WYO. (AP) — Health officials in Wyoming have reported that the exterior doors of the Cheyenne-Laramie County Health Department building were vandalized with fake blood, a few days after a protest was held at the state Capitol against public health orders in response to the coronavirus pandemic.

The Wyoming Tribune Eagle reported that department Executive Director Kathy Emmons said the fake blood, commonly used on Halloween, was splattered on the front and side doors on Thursday likely around 5:30 a.m.

Cheyenne police spokesperson Alex Farkas said the case is under investigation and is likely tied to protests Monday at the state Capitol.