Wyoming Democrat Calls for Republican to Quit Over Remarks 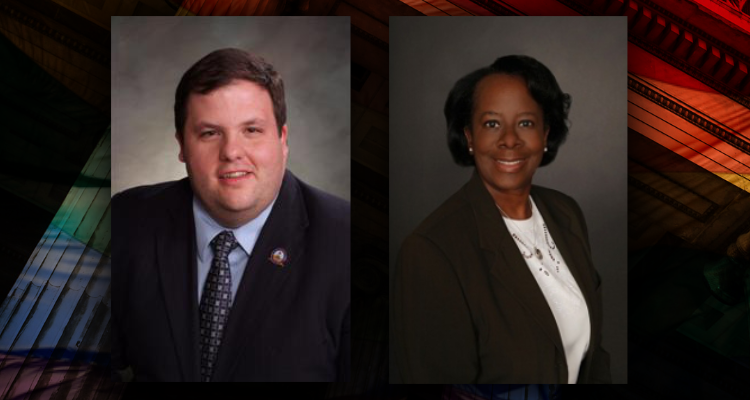 Wyoming Democrat Calls for Republican to Quit Over Remarks

CHEYENNE, WY.  — Wyoming’s Democratic Party chairman is calling on a Republican state lawmaker to resign for remarks that allegedly compared homosexuality to bestiality and pedophilia.

The students were attending the session to speak about House Bill 230, which was seeking to add sexual orientation and gender identity, to race, political affiliation and other classes protected from employment discrimination practices. House Bill 230 died Feb. 4 when it failed to make the deadline.

Hutchings spoke to a group of students in a hallway outside the Senate chamber on February 1st, when the alleged comments were made.

The students were attempting to explain the bill to Senator Hutchings, when they say, she turned the discussion to sexual behavior.

Part of the statement released by Wyoming Equality reads as follows:

The Casper Star-Tribune reports Hutchings told television station KTWO-TV she never made such a comparison.

In a statement released on Monday, Senate leaders said they would work to vet and address complaints against lawmakers.