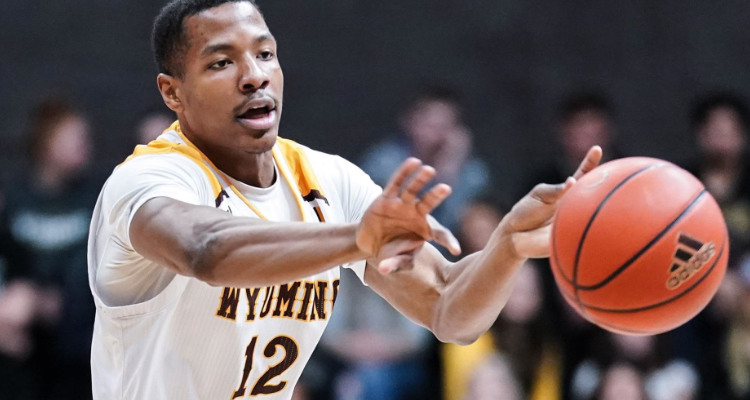 LAS VEGAS, Nev. – Despite holding the #23 Colorado Buffaloes to just 15 points in the first half, Wyoming could not overcome a slow start in the second half in a 56-41 loss on Sunday evening in the MGM Main Event Semifinal in T-Mobile Arena in Las Vegas.

“I thought it was a really good first half,” UW head coach Allen Edwards said. “We talked about the battle of the defenses. I thought in the second half they were a little more aggressive and we struggled on the boards. We didn’t do a job of taking care of the basketball.”

Wyoming shot 32 percent from the field for the night with the Buffs shooting 38 percent. Colorado was held to 28 percent from behind the arc and came in shooting 44 percent to rank in the top-five in the nation. Wyoming was outrebounded 41-25 for the night.

“Colorado came out and took control in the second half,” Edwards said. “Our rotation was slow defensively and they took advantage of that early. I love the fact that we fought back. But hats off to Colorado they are a good team.”

A defensive battle early saw both teams go a combined 0-of-11 from the field in the first four minutes of the frame. Colorado opened the scoring with at the 16:11 mark of the frame. Wyoming recorded two turnovers in that stretch.

Maldonado got the Pokes on the board with 13:41 left in the opening frame to make it a 4-2 contest. After the Buffs took a 6-2 lead Hendricks answered with his first three of the game to make it 6-5 halfway through the half.

Maldonado tied the contest at 8-8 with 5:12 left in the frame. The Pokes took their first lead of the game with just over three minutes left on a three pointer from Kenny Foster for a 13-10 Wyoming lead. Maldonado added a layup and Wyoming took a 15-10 lead, but Colorado closed the half on a 5-0 run for a 15-15 game at the break.

Wyoming held the Buffs to 23 percent from the field in the first half, while the Colorado held the Pokes to 26 percent. Each team added eight turnovers in the first 20 minutes. It was the lowest combined scoring total in the first half in the NCAA this season.

The Buffs opened the first half on a 13-0 run in the opening two minutes to take a 28-15 advantage. The run was halted by an and-one play from Trevon “TJ” Taylor for a 28-18 game with just under 16 minutes remaining.

Foster and Maldonado added buckets and the Pokes made it a 30-25 contest with 12:48 left. Foster drove to the lane for his basket with Maldoando connecting on a deep three pointer. The Buffs responded with a pair of buckets, but an and-one play by Greg Milton III made it a 34-28 game. He would later make it a 36-32 game with another layup halfway through the half.

The Buffs offense went on a 10-0 run on their way to building a 52-36 advantage with under four minutes remaining. Thompson ended the run with his first points of the game coming on a three-pointer.

Wyoming was held without a field goal in the final three-plus minutes, as Colorado took the contest 56-41.

“This stretch will help us, playing three power five teams and will prepare us for games down the line,” Edwards said. “We have a quick turn around and will be ready for Tuesday.”

Wyoming returns to action on Tuesday evening with a time and opponent to de determined. The Pokes will face off against either Clemson or TCU.