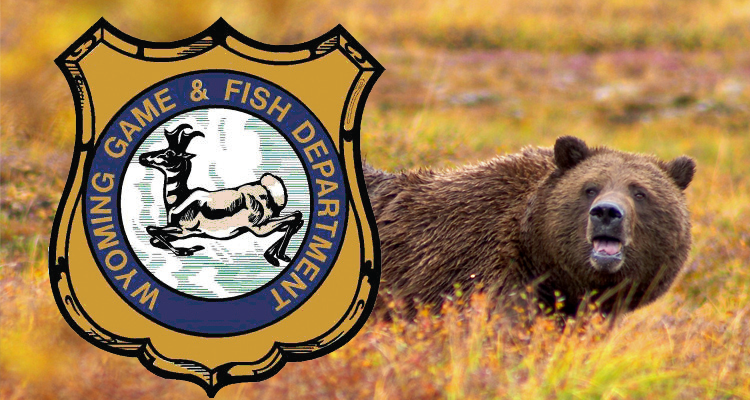 Cheyenne, WY.  –  The harsh winter, wolves, bears and the eclipse were among the notable events in 2017 for the Wyoming Game and Fish Department. But, overall the agency leading conservation of the more than 800 species of fish and wildlife that call Wyoming home had another eventful year.

“It’s been an exciting year for Wyoming’s wildlife and those who support this incredible resource,” said Game and Fish Director, Scott Talbott. “Certainly this year was one I won’t forget soon, and it’s due to the great partnerships between the public, partners and Game and Fish.”

Wolves returned to state management
Last spring, a panel of judges in Washington D.C. ruled Wyoming had a strong plan for conserving wolves and returned them to state management. Game and Fish already had a track record of leading conservation of wolves, and began management again in April. Game and Fish held a hunting season for wolves again for the first time in three years, the hunting season closes on December 31.

Grizzly bears de-listed
The news around large carnivores continued to be good when the U.S. Fish and Wildlife Service took grizzly bears in the Greater Yellowstone Area off the endangered species list and gave Wyoming, Idaho and Montana management authority.

“Game and Fish will be diligent in making sure the investment Wyoming has made over the last four decades is secure and the bear population remains healthy for generations to come,” Talbott said. “It was a monumental conservation feat to recover grizzly bears and Wyoming has invested deeply in this work by spending more than $45 million on recovery.”

Harsh winter impacts wildlife
Wildlife in western Wyoming were up against deep snow, cold temperatures and howling winds from January and into the spring. Western Wyoming mule deer and pronghorn herds experienced the most significant impact, with ungulates dying from the harsh conditions. The public helped wildlife survive the winter by not feeding and avoiding winter ranges for longer than usual, giving a hand to deer and antelope so they could conserve vital fat reserves.

“We’ll be keeping an eye on conditions this year because a more mild winter could allow the mule deer and pronghorn populations to rebound, but another tough winter could mean trouble for these animals we all care so much about,” Talbott said.

Wild ferrets born
Game and Fish found the first wild-born black-footed ferrets during fall surveys. The new kits were offspring of the 35 ferrets released last July on the the Lazy BV and Pitchfork ranches by the Wyoming Game and Fish Department, in partnership with the U.S. Fish and Wildlife Service and other federal and private partners. To bolster the population, Game and Fish released 15 additional ferrets this year on the same historic landscape.

Investment in conservation education
The Wyoming Game and Fish Commission invested in the future of conservation. The Commission voted in January to fund $5.7 million of renovation costs at the Whiskey Mountain Conservation Camp and, assisted by the National Bighorn Sheep Interpretive Association in Dubois, which raised over $120,000 toward renovation costs. The Commission also re-invested in a statewide learning expo for kids and families. The Wyoming Outdoor Expo will be held May 17-19, 2018 in partnership with Governor Matt Mead, Wyoming State Parks and Cultural Resources – through the Office of Outdoor Recreation and Visit Casper.

More people applying for licenses
Within a year, Game and Fish saw a 4.47% increase in big game license applications overall. Applications increased the most for resident cow/calf elk and non-resident and resident doe/fawn deer and antelope, all around 9%. Game and Fish changed the leftover draw process as well from a first-come, first-serve system to a second, random draw to increase fairness. Overall, there was a 7.5% decrease in the number of leftover licenses available in 2017, due to higher applications initially.

Eclipse draws thousands
Wyoming provided one of the best vantage points in the world to view the solar eclipse. Game and Fish had over 200 personnel working statewide to keep the thousands of eclipse viewers safe on state waterways, in backcountry areas and to provide information on Commission owned or managed lands. Field personnel contacted and provided information to over 7,000 individuals, and there were limited citations and warnings issued.

No new AIS
In 2017, Wyoming saw no new aquatic invasive species in the state. To date, no evidence of zebra or quagga mussel larvae or adults has been detected in any Wyoming water. This year, over 40,000 watercraft inspections were conducted for invasive plants and animals, including zebra and quagga mussels. This included over 2,800 inspections on watercraft considered to be a high-risk for transporting AIS, and of those over 600 required decontamination to eliminate the potential for AIS transport.

Good year for fishing
Winter’s increased moisture added plenty of good, clean water to fisheries statewide. Anglers had a good year fishing all waters from streams to reservoirs, and broke a few long-standing records. Christian Cosby of Rock Springs set a new state record for the largest catfish at 28.52 pounds and 39 inches, and Adair Dickerson of Jackson went into the record books with a Utah Chub of 2 lbs. 5.92 oz. and 17.2 inches. A mild fall extended many opportunities making the fall fishing in the Cowboy state even more desirable.