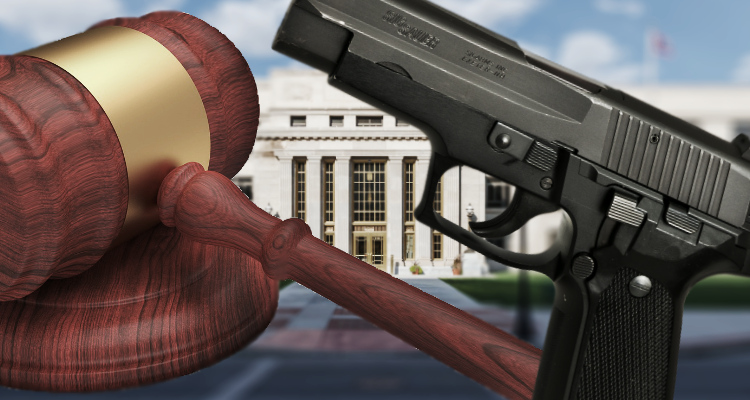 LARAMIE, WY. (AP) — The Wyoming Supreme Court ruled Wednesday that a district judge wrongly issued an order that upheld the University of Wyoming’s restriction on people’s ability to carry firearms on campus, saying in a split decision that the judge didn’t have jurisdiction in the case.

The state’s high court decided 3-2 Wednesday to overturn District Judge Tori Kricken’s ruling that a state law prohibiting local governments and entities from making their own gun regulations only applies to guns manufactured in Wyoming.

The judge’s ruling in November had the effect of upholding the UW ban on carrying guns on campus.

The Laramie Boomerang reports that a majority of Supreme Court justices ruled that a different judge, not Kricken, has jurisdiction over the case.

Williams was originally charged with misdemeanor trespassing in Albany County’s circuit court before his attorney filed a request for declaratory judgment by the district court.

Williams argued the school’s ban on guns violates the state law, which prohibits gun regulations by any “city, town, county, political subdivision or any other entity.”

Williams appealed to the state’s high court after Kricken ruled against him.

The Supreme Court opinion said the ruling should have come from the circuit court, where the trespassing charge was filed, and the high court ordered the district judge to dismiss the case.

Williams’ trespassing case had been put on hold during these proceedings. It wasn’t immediately clear how county prosecutors planned to proceed.

A dissenting justice said the high court’s majority ruling avoided the main issue over whether the school can regulate guns on campus.

“This Court should consider Mr. Williams’ claims on their merits at some point,” wrote Justice Ketih Kautz. “I see no reason that should not happen now.”