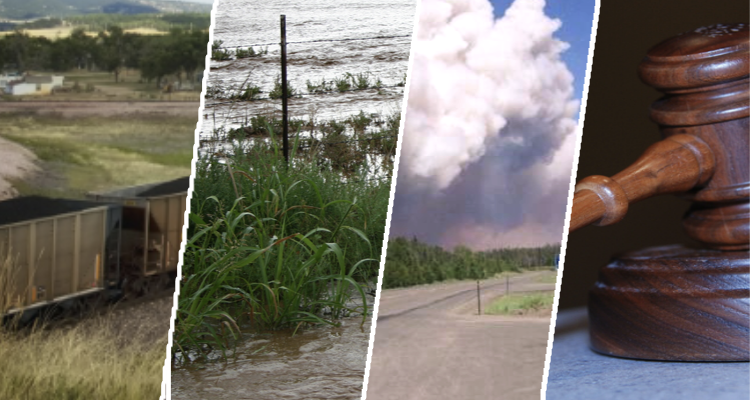 Suspect Burglarized Homes Evacuated in Badger Creek Fire
Laramie, WY.   –   Someone is taking advantage of fire evacuated homes in and around the zone of the Badger Creek Fire in Southern Wyoming. The Sheriff’s office in Albany County is looking for a suspect who burglarized at least three homes in evacuated areas. One of the target homes was located in Woods Landing and the other two residences were located along Wyoming 10.

Excessive Rain Causing Some Flooding in Wyoming Counties
Riverton, WY. | Green River, WY.   –   Excessive rain caused some flooding issues in Freemont County in Central Wyoming earlier in the week. The majority of the flooding occurred between Riverton and Boysen Reservoir and mostly on agricultural land. The Wind River was about 2 feet above flood stage, but has now receded since Wednesday.  The Green River is currently experiencing high water flows in Sublette and Lincoln counties, with minor flooding occurring South of La Barge.

Former Psychiatrist Convicted in Wyoming
Cody, WY.   –   A jury in Cody has found former Wyoming psychiatrist, Matthew Hopkins, guilty on multiple charges relating to a wreck in where he injured another person. It was found that Hopkins intentionally misused, and ingested, compressed air before the accident occurred on March 14th. He has been sentenced to 18 to 36 months of prison.

China’s Tariffs On U.S. Coal Not Likely to Hurt Wyoming Coal Exports
Casper, WY.    –   China’s potential tariffs on U.S. coal shouldn’t have much impact on Wyoming coal, according to industry experts. Even if China does impose tariffs in retaliation to the U.S. tariffs on Chinese goods, Jason Begger of the Wyoming Infrastructure Authority told the Casper Star Tribune, that other markets which use Wyoming coal for fuel, like Japan, South Korea and Taiwan, should help to keep our coal exports stable.