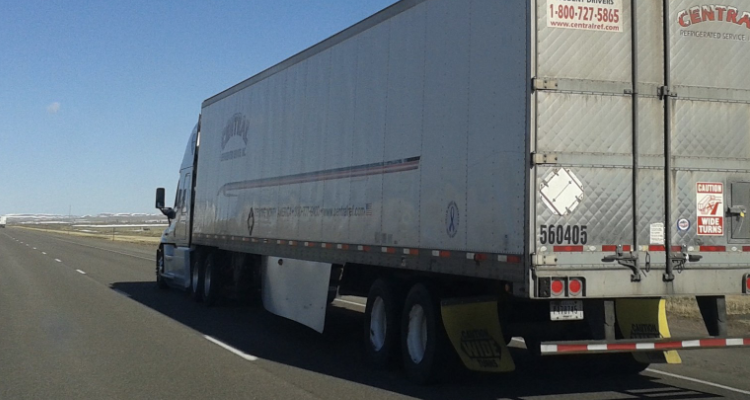 CHEYENNE, WY. | BAYLIE EVANS, Wyoming Business Council   –    Wyomingites like to describe our state as one small town with some extremely long roads. It’s a fair description, with an entire state population dwarfed by large cities and long, lonely stretches of highway navigated by more antelope than humans.

The relationship between interstate highways and commerce in the United States is well-recognized. Safe, fast and reliable highways enable regional manufacturing and agriculture; allow for longer commutes, which opens up a larger pool of potential employees; and open routes for travel and tourism from coast to coast.

Thomas H. MacDonald, known as a tremendously influential civil engineer who worked with the Bureau of Public Roads from 1919 to 1953, credited much of America’s economic prosperity to the interstate system.

One of the main thoroughfares across Wyoming is Interstate 80, stretching 402 miles along our southern border and serving as a major east-west freight and passenger corridor across the U.S. With a general lack of alternate routes, commercial truck volume can make up as much as 70 percent of the I-80 traffic stream.

The corridor intersects a few of Wyoming’s largest cities, including its capital, Cheyenne, and the home city of the state’s only four-year university in Laramie. It’s host to countless gas stations, convenience stores, hotels, restaurants and tourist stops, and it handles more than 32 million tons of deliveries every year. When pieces of it shut down, commerce throughout the region is crippled.

“Interstate 80 is an essential route for travel and commerce within the state of Wyoming,” said Wyoming Department of Transportation chief engineer, Gregg Fredrick. “WYDOT will only close I-80 and other state roads when it is absolutely necessary for the safety of the traveling public.”

I-80 does face some tough safety challenges. Mountain passes, icy bridges and gusty winds frequently cause hazardous conditions and closures. According to WYDOT, crashes and road closures along I-80 cost society about $865.3 million each year.

To improve safety and commerce, WYDOT applied in 2015 to be a part of the U.S. Department of Transportation’s Connected Vehicle Pilot Program and was accepted as one of only three testing sites in the nation, positioning Wyoming as a national leader in implementing this life-saving, economy-boosting technology.

Plus, as the technology grows here, so will the opportunities for the people and companies who will manage it, potentially bringing new tech-savvy jobs and business to the state.

Although automated self-driving vehicles have made headlines lately, that technology is still many years out from being usable on a large scale, said Ali Ragan, the outreach coordinator for this pilot project.

On the other hand, connected vehicle technology is viable now. It keeps the driver completely in control of the vehicle and uses a wireless communication network to share automatic, real-time information between vehicles and infrastructure to help prevent crashes, slowdowns and closures.

Picture this: It starts snowing in Cheyenne in the late afternoon, but you need to make an important business trip to Laramie that evening. You check WYDOT’s website and see a storm coming, but it appears you can beat it to Laramie. Halfway up the summit, you encounter blowing snow, slick roads and heavy truck traffic, and the storm is getting worse.

This situation is familiar to most southern-Wyoming drivers, and too often ends in tragedy.

Alternatively, connected-vehicle technology means you could view the actual real-time situation on the summit before you leave, as reported by multiple vehicles currently there, allowing you to make a smart decision about whether it’s safe to travel. And, if you do decide to head out, you’ll receive timely, relevant alerts and advisories along the way such as crashes, icy bridges or disabled vehicles ahead. It will even tell you when a vehicle just ahead of you – perhaps the one in front of the truck you’re behind — hits the brakes suddenly, giving you a moment of extra reaction time to avoid a crash.

“I think it’s a wonderful system,” said John Dooley, owner of Dooley Oil, an oil and fuel transport company with four locations in Wyoming and Nebraska. “Any way we can help drivers avoid crashes is a great thing.”

I-80 provides a lifeblood to his business, Dooley said. When it closes, his drivers are stuck or forced to try to find a route around I-80.

“It just puts me behind the eight-ball,” he said. “The minute that thing opens up, we have to go.”

Even more important than the bottom line, though, is the safety of his drivers and the motoring public on the roads, he added.

Connected vehicle technology is expected to drastically change the way we travel, and reduce unimpaired vehicle crashes by 80 percent, according to the U.S. DOT. Along with improved safety comes more efficient transport of goods and services, boosting commerce and economy wherever the technology is enabled. Commutes become shorter and safer as well, allowing companies to pull talent from a wider area and across state lines.

Since the I-80 corridor was accepted as a test site, WYDOT engineers and software developers have implemented a three-phase program to test and deploy the connected-vehicle technology, Ragan explained. They are heading into the third and final deployment phase this winter.

The systems will be installed in 400 vehicles that frequent I-80 – 100 WYDOT and Wyoming Highway Patrol vehicles, and 300 private freight trucks.

WYDOT is working with several partners, including Wyoming-based engineering firm Trihydro to develop the systems, and the University of Wyoming’s driving simulator lab to test safety and ensure the system doesn’t further distract the driver.

Shane Zumpf, the project manager for the Connected Vehicle program at Trihydro, said the company has hired a few software developers specifically to help with the project.

“It is brand-new technology and offers a whole new potential career path,” he said. “We’ve had a lot of lessons learned.”

Wyoming’s long, open roads offer a prime testing ground for companies who are interested in developing and studying this technology and its effects, he added, and it would make sense for the manufacturers of the necessary hardware to set up shop here, as well.

Other states are looking at Wyoming’s project and working to implement similar technology to reduce crashes, Ragan said.

“That’s a really big deal,” she said. “Wyoming is certainly leading the way on improving safety and efficiency on the roadways.”

Dooley, who is a former WYDOT commissioner, agrees.

“In the eyes of the nation, this is a very impressive project,” he said. “It shows … we have some talent out here. This is a huge ribbon in the hat for WYDOT.”

The sci-fi dream of self-driving – and even self-flying – vehicles is nearer than we may realize, but it’s still a futuristic vision. In the meantime, connected vehicle technology can save lives and improve economy-boosting mobility on the roads right now, Ragan said.

Ultimately, the goal is to have this technology enabled in all motor vehicles and usable across state lines, Ragan said. And although the systems aren’t built with the specific intention of being a stepping stone toward fully automated vehicles, it is a logical progression, she added. With fully autonomous cars already being tested and even deployed by private companies elsewhere in the nation, it appears the future of transportation is headed in that direction.

While on the surface, it appears that automated vehicles may leave many drivers and associated companies out of work, Dooley says he’s not worried about that. In fact, there is such a severe shortage of drivers as it is – an issue he says is industry-wide – that any technology allowing him to operate with fewer drivers is a good thing.

What exactly the future holds for transportation remains to be seen. It’s safe to say we are in an age of rapid technology growth, and major change is inevitable. Wyoming is serving as an important testing ground and use case for this life-saving, commerce-boosting technology, and setting an example for what’s possible nationwide.