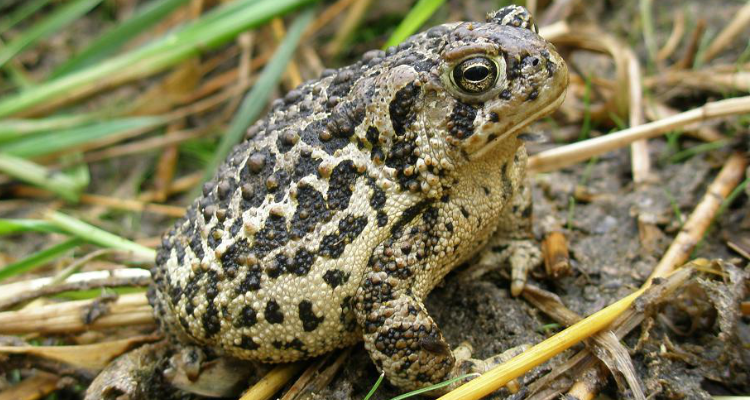 CHEYENNE, Wyo. | By SARA DIRIENZO (WGFD) – Nearly 700 Wyoming toads were released recently in a continued team effort to maintain a species endangered and exclusive to the Laramie area.

In June toads were released at four sites near Laramie. The release was part of an ongoing effort to assist in the recovery of the species once thought to be extinct. The Wyoming toad was common through the mid-1970s, but was believed to be extinct in 1985. Two years later, a small population was rediscovered.

“It has been a team effort, and that has been the only way we’ve been able to recover the toad as far as we have,” said Wendy Estes-Zumpf, Game and Fish herpetological coordinator who was present at the June release. “Without every one of those team members, there’s no way we could have helped the toad persist as long as it has and made the progress we’ve made in recovery efforts.”

Although a number of facilities contribute to the captive breeding effort, the Saratoga National Fish Hatchery in Saratoga and Cheyenne Mountain Zoo in Colorado Springs, Colorado, now have the space needed to captive-rear toads so they can be released as 1-year-olds.

“That really minimizes the typically large — up to 95% — mortality you get from releasing tadpoles,” Estes-Zumpf said. June’s release marked the fifth year of releasing adult toads instead of tadpoles.

Estes-Zumpf also said wild toads typically take 2 to 4 years to reach breeding size. But a good portion of the 1-year-old toads released are capable of breeding after one year thanks to their controlled environment and consistent food supply when reared in captivity.

Private landowners have been essential to recovering the Wyoming toad. Three of this year’s release sites are privately owned and have Safe Harbor Agreements where the recovery team can release toads on private land. Toads are currently released on property owned by Fred and Stephanie Lindzey, the City of Laramie and Go Beyond — formally known as the Buford Foundation. The fourth release site is the Mortensen Lake National Wildlife Refuge where the toad was rediscovered after it was thought to be extinct. Mortensen Lake was owned by Charlie Swanson, who sold the land to the Nature Conservancy to protect the toad.

Estes-Zumpf said the wild population of Wyoming toad is not self-sustaining but progress is being made. She said in 2019, 52 adults were reported at all four release sites along with 10 yealrling toads and a number of younger toads and tadpoles. Also, there has been evidence of the toads breeding in the wild.

“They’re doing better than they have in the past,” Estes-Zumpf said. “In the last 10 years the team has developed a strategy for evaluating reintroduction techniques. There has been more research, we’ve seen an increase in the number of toads and we’ve definitely increased our knowledge of the ecology of the toads. We’re moving in the right direction.”