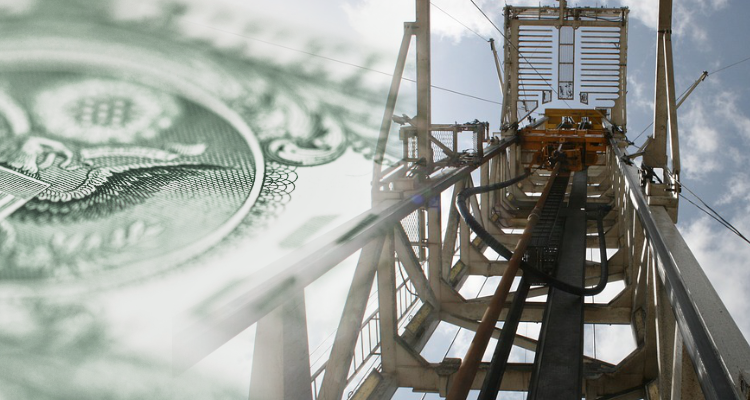 CASPER, WY. | By NICK REYNOLDS, Casper Star-Tribune (AP) — With its natural resource-dependent economy, the amount of money Wyoming takes in at any given time lives and dies by the success of commodities like oil, gas and coal. Thanks to a positive start to the year for the drilling industry, Wyoming appears to be on the cusp of an upswing in the state’s volatile economy, taking in significantly more money than it was projected to at the start of the year.

According to a report released Monday by the Wyoming Consensus Revenue Estimating Group, Wyoming’s revenue collections are exceeding start-of-year projections by $54.5 million, or 5.4 percent. This reads as welcome news for state and local governments, which rely on these funds to help balance their budgets and develop strategies on what to fund and what to cut.
These numbers mark a noticeable improvement over CREG’s somewhat pessimistic January report, which reduced its October estimates for the 2019-2020 fiscal year by $125.1 million due largely to an expected decrease in oil prices, the Casper Star-Tribune reported .
Despite these anticipated challenges for oil prices in the winter, March and April saw gains in price over the early part of the season, which the CREG report noted “should begin to further improve the outlook for severance taxes attributed to oil.”
The report released Monday merely reports actual numbers experienced in the state compared to January’s projections, and does not represent a change in the projections contained in that report.

“I think this is a positive outlook,” said Wyoming’s Budget and Fiscal Administrator Don Richards.
However, state officials warned that the improvement experienced at the start the year only illustrates the nature of the state’s energy-reliant revenue streams, whose increases and decreases largely align with the success of the energy sector.
Improvements in oil prices and production have already made themselves apparent in the first part of the year. At present, severance tax collections this quarter — at nearly $194.4 million — are $38.8 million, or 6.1 percent, ahead of the January CREG forecast. This, along with increases in federal mineral royalties’ payments ($17 million ahead of January’s forecast) and sales taxes ($10.1 million ahead of January’s forecast and the highest they’ve been since 2015) have helped to put a sizable dent in the $67.3 million downgrade in anticipated revenues listed in the January CREG report.

Sales and use taxes — which, at 42 percent, comprise the largest chunk of the state’s annual general fund revenues and play a significant role in municipal budgets — saw their largest improvements in the retail sector (12.4 percent over January) and mining sector, which saw a 22.5 percent increase thanks primarily to increased activity in the oil industry. Most areas of the state experienced increases in sales and use tax collections, with counties like Platte, Converse and Weston all experiencing increases in excess of 30 percent.
“The sales tax has been tracking quite strong, and we think the oil and gas industry coming back has contributed,” said Wenlin Liu, chief economist for A&I’s economic analysis division. “Also, retail trade is running pretty strong. Again, I think we can attribute that increase to the oil and gas expansion too.”
Only two counties in the state, Sublette and Fremont, experienced decreases.
Despite the positive numbers experienced across the state, Monday’s report — coming in at $54.5 million over January estimates — still lags behind October’s 2019-2020 projections by nearly $13 million. However, considering the size of Wyoming’s annual take-home revenues amounting to nearly $2 billion per year, that shortfall represents a veritable drop in the bucket to the state’s bottom line.

“This is a tracking report, and it generally shows we’re on pace, as expected,” Richards said.
Despite notable setbacks for Wyoming’s coal industry to start 2019 — news of a diminished workforce, reports of potential plant closures, and signs of hastening decline in the industry as a whole — seem to have had little effect on the state’s revenue projections for the rest of the year, with actual numbers to start 2019 very much resembling the state’s initial projections.
Though not enough to necessitate any change in policy ahead of October’s meeting (CREG only revises its forecasts in October and January, with periodic updates in the spring and summer), Richards noted there have been modest declines in rail car shipments out of the state, according to federal data – something Hibbard said they will “keep an eye on” going forward.
“This report was not a revision to the forecast. We will sit down in October and modify our expectations, collectively, to what we think the future will hold for coal,” said Richards. “Of course, there have been some significant announcements in the Powder River Basin, as well as in Lincoln County, regarding electric utilities as well as coal production in Wyoming. But we’re not that far off, year-to-date, in terms of the severance taxes we anticipated and the actuals.”
After a general session with little movement on revenue left the door open for future budget cuts to education, Wyoming’s positive first quarter numbers still leave much to be desired in way of education funding.

Despite promising increases for the state’s sales and use taxes, Wyoming’s K-12 education system does not benefit from those revenue streams, leaving predictions for education revenue mostly in line with what was projected in January.
However, school revenues from capital gains, which CREG does not predict, are anticipated to fall short of the state’s 5 percent spending policy amount, likely leaving the state on the hook for roughly $56.6 million.

“Of course, the stock markets are doing well, and if the treasurer’s office takes some investment gains, that guarantee will be reduced,” Richards said. “Bottom line, the expectations for K-12 are in-line with January and the forecasts used during the 2019 general session.”