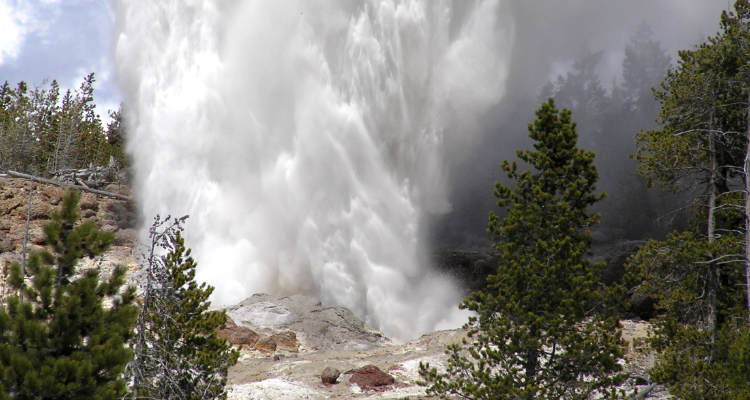 Yellowstone Nat’l Park – For the third time in six weeks, Yellowstone National Park geologists have reported an eruption from the Steamboat Geyser.

According to the National Park Service, a park visitor reported seeing a rare eruption of Steamboat Geyser on Friday. Geologists believe the eruption began around 6:30 a.m. They compared the first-hand reports with seismic activity and discharge of water to verify the time of eruption.

The same geyser had previous eruptions on March 15 and April 19 of this year. Reports suggest that the Friday eruption and the April 19th eruption were similar in size, both larger than the March eruption. According to a park service press release, all three eruptions were smaller than the last major eruption of the Steamboat geyser, on Sept. 3, 2014.

Steamboat geyser’s eruptions can reach heights of 400 feet, three times the height of Old Faithful’s eruptions, making it the largest active geyser in the world.